Give me my keys, please

Today I had a blonde moment.

(I can say that because I am blonde. No offense to other blondes out there).

Anyway, enjoying time alone while my kids were at camp, I treated myself to a yoga class. Afterwards, feeling calm and zen, I decided to stop in the Acme on my way home to pick up a few things. Just a quick trip for coffee, cream cheese and bananas.

(Of course, many other items found their way into my basket, including *Kombucha, fresh corn and peaches). 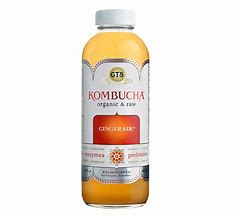 Eventually, I made my way back to the car and deposited my items in the trunk. But here’s where the story gets semi-interesting.

Reaching back into my bag to grab my car keys, I felt only my wallet and phone. Empty of keys. My stomach dropped. Heart beat faster.

No big deal, I thought to myself. I’ll call AAA. That’s what they’re there for, right? That’s why I pay the $179 per year membership year. Several minutes later, I had recounted the story to the agent (minus the yoga and shopping part). She promised to have a driver out within one hour.

“If you can make it any quicker, that would be wonderful,” I pleaded.

(Although I guessed that there were much more pressing calls ahead of mine, like drivers stranded on the side of a busy highway (not in the safe and “comfortable” parking lot of the Montgomery Ave. Acme in Narberth).

Resigned to the idea of waiting, I contemplated what I would do as I sat on the curb.

Catch up on emails?

At first, the thought of waiting seemed horrible. This interruption to my “busy” summer day. Sure, I had things to do. Tasks that I wanted to accomplish before I picked my kids up from camp about 3.5 hours later. But did it really matter if I lost one hour? It wasn’t like I had to really be some place.

Maybe the worst part was that I REALLY wanted to finish my iced coffee. I gazed at it longingly through the driver’s side window, hoping the ice wouldn’t all melt by the time the driver came. (No one likes watered down iced coffee).

Lo and behold! My request was granted. Just ask and you will receive, right? The driver pulled up within 15 minutes of my call, squeezing his large vehicle into the tiny parking area near my Honda.

A big, burly man with a beard and baseball cap got out and slammed the door.

“Locked your keys in the trunk, huh?,” he grumbled and I nodded yes.

I got the feeling though that inside his words were much different (something along the lines of “Silly Main Line yoga mom who can’t even keep track of her keys.”)

Soon he took out a long metal stick (with a curved end) and went to work. First, he jammed the door open a teensy, tiny bit with a plastic wedge. Once he had that accomplished, he slid the stick through the opening. 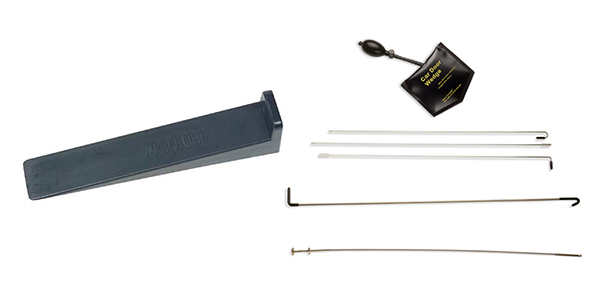 I watched as he wiggled it around, marveling at how with just a couple tools, “anyone” can break into a car.

It appeared though that maybe this wasn’t as easy as it seemed on my car and soon he retrieved a different metal stick (with a red tint) from his truck. For harder break-ins, I wondered?

“These Hondas aren’t easy, ” he said then, with a chuckle, and all of a sudden the barrier between us disappeared.

“What is easy?” I asked, grateful that my car was not a walking invitation for car thieves.

He hesitated a moment, mulling over my question. “Toyotas, I guess. And late model Hondas.”

Mental note to all Toyota owners. Be extra vigilant with your cars!

Just then, the alarm went off, a signal of his success. He popped the trunk and there sat my keys, nestled between the salami and cucumbers.

I hit the unlock button to silence the blare of the alarm.

“Thanks very much,” I said, meaning it sincerely.

“Don’t mention it,” he replied with a smile, already walking back to the truck with his tools.

Maybe waiting isn’t so bad after all, I thought as I settled inside the car. As I carefully backed out of the parking spot (conscious of the large tow truck just feet away), I took a long swig of my iced coffee.

The ice were still frozen. 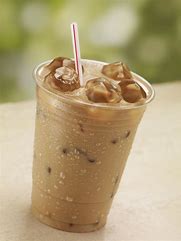 *This is the second time that I’ve written about Kombucha in one of my posts. Interesting (and maybe weird?)…To read the other post, click Ten Ways to Procrastinate.